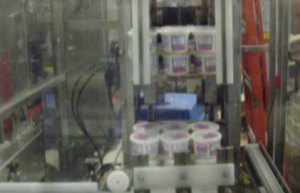 Wrabacon developed a custom design for the client. The system will be produced in phases, with phase one to include the conveyors from the existing (right hand) filler to the existing spot pack machine. Phase two will include the conveyors from the new (left hand) filler to the new spot pack machine as well as a product elevator and conveyors to feed spot packs to the recently purchased palletizing line. Also included in phase one will be the addition of a new labeling conveyor prior to the inclined conveyor on the recently purchased palletizing line.

If both fillers are running the containers will be passed through the corresponding spot back machine. Then onto conveyors which feed either the existing palletizer or a new palletizer as noted in the drawing.

Equipment supplied by Wrabacon on this project includes conveyors from each filler to the one existing pack machine, a new pack machine, conveyors and an elevator to direct product to the new palletizer. 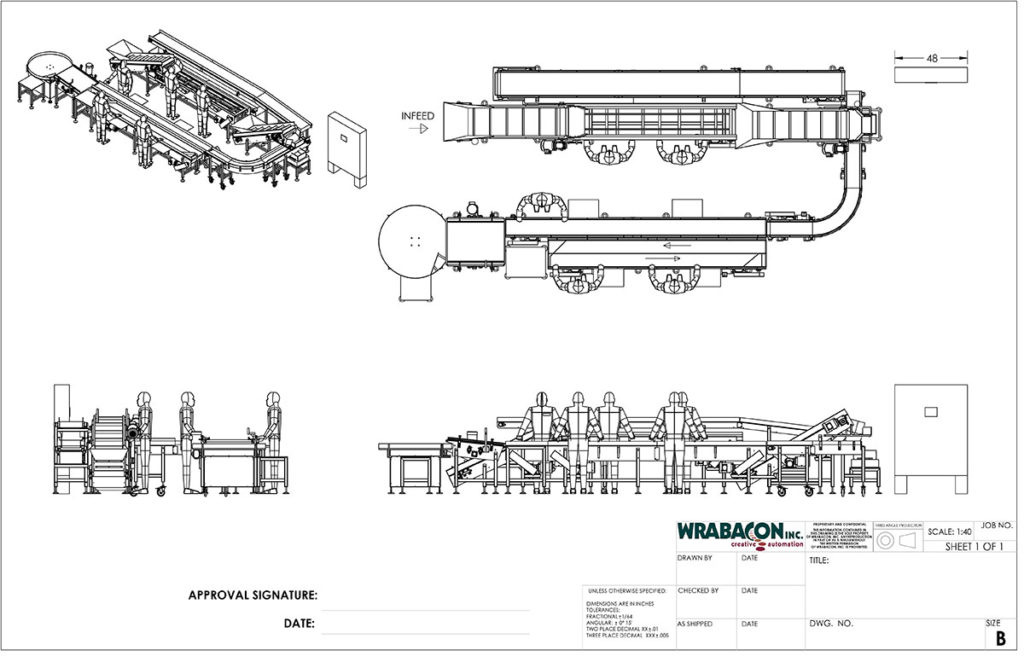